First of all, thanks  again to Liba Stambollian for organizing this fantastic finale to the traveling "Dreams and Divinities" exhibition and to Matt Anzak, director of LuminArte Gallery in Dallas, TX for hosting the show.


This show, entitled “Dreams and Divinities Equinox,” opened on March 21st in celebration of the Spring Equinox. The fantastic art was a blend of  Visionary Art, Surrealism, and Fantastic Realism. Pieces were inspired by cultural and spiritual references, Sacred Geometry, elements of nature, explorations into the subconscious mind, visions, dreams, and fantasy.

I made the quick trip to Dallas with another Starkville artist, Laurie Burton, and although we were there only a short time, we greatly enjoyed the show and meeting some artists and attendees. We started out Saturday by visiting some other galleries and antique stores in the vicinity of Luminarte Gallery. One of the private galleries we found was owned by French artist Jacques Lamy (www.jacqueslamy.com). This guy was super awesome and had some wonderful pieces of art from abstract to almost surreal. Really enjoyed talking with him and seeing his artwork!!


Just a door or so down we found another beautiful gallery (or two or three). Check this stuff out! A small sampling of stuff in the Design District of Dallas. 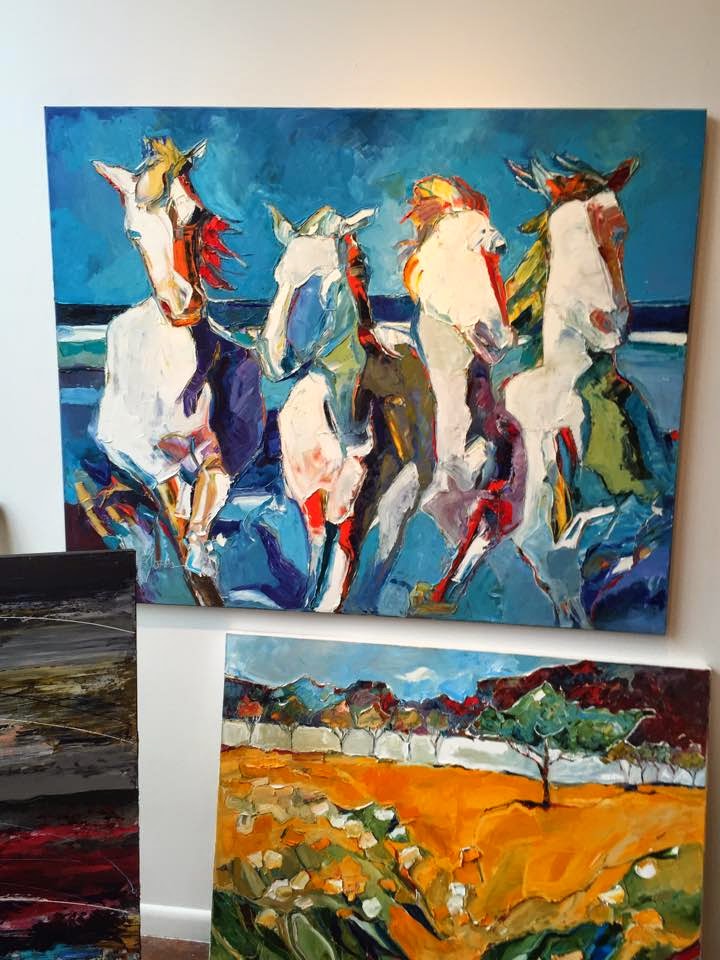 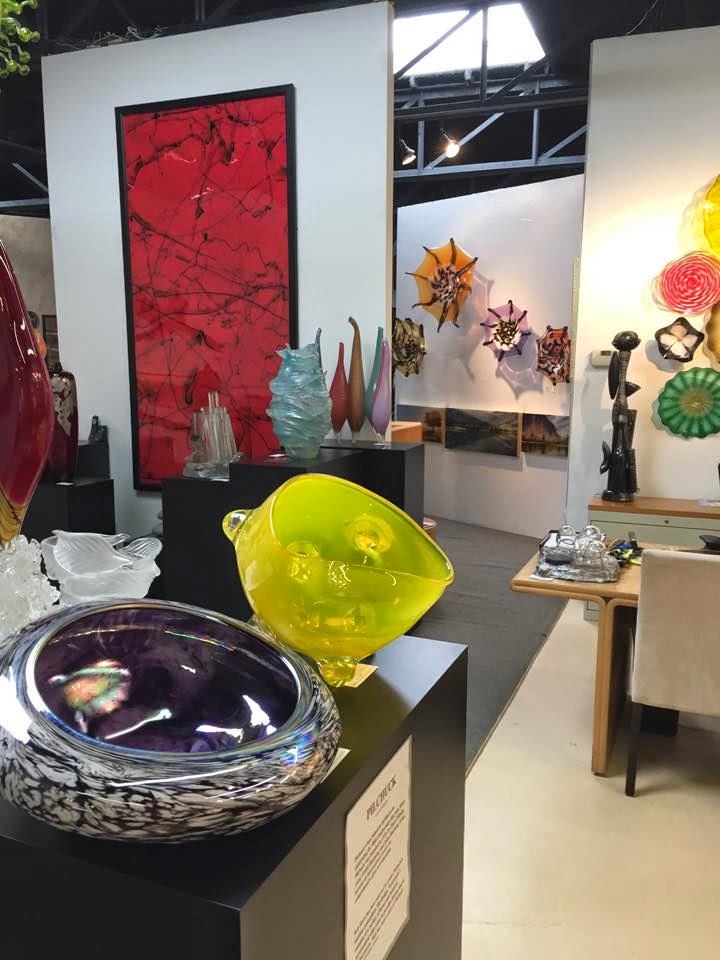 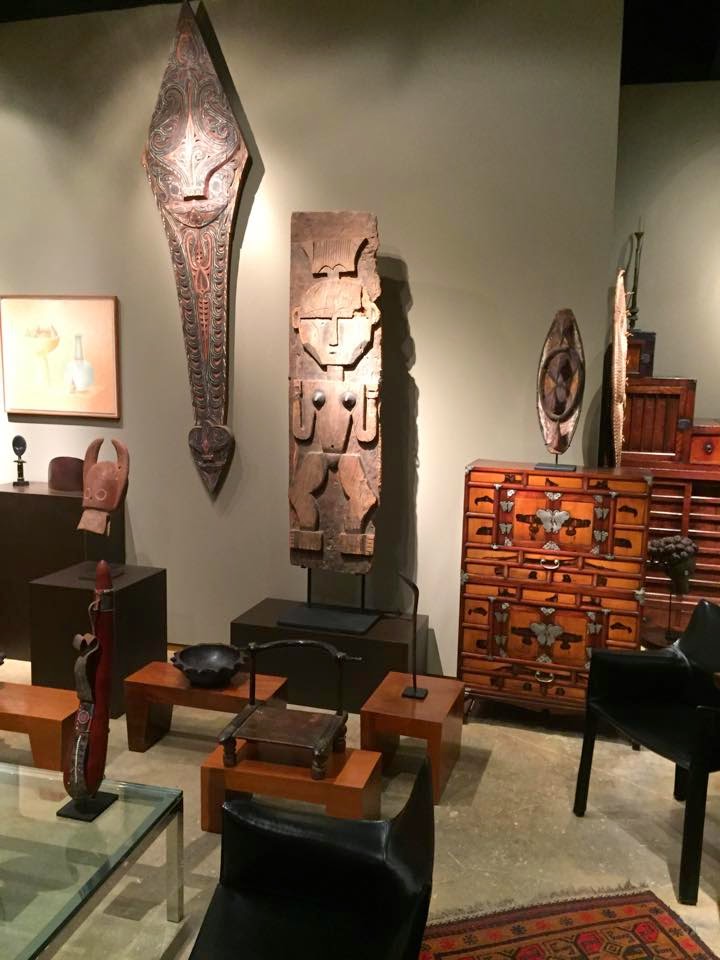 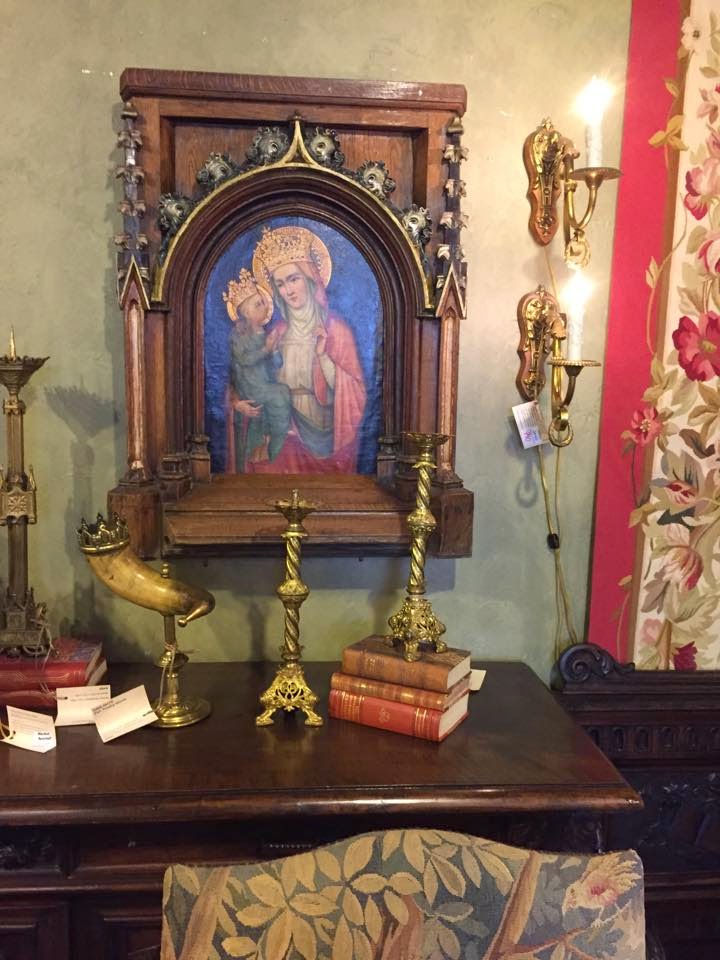 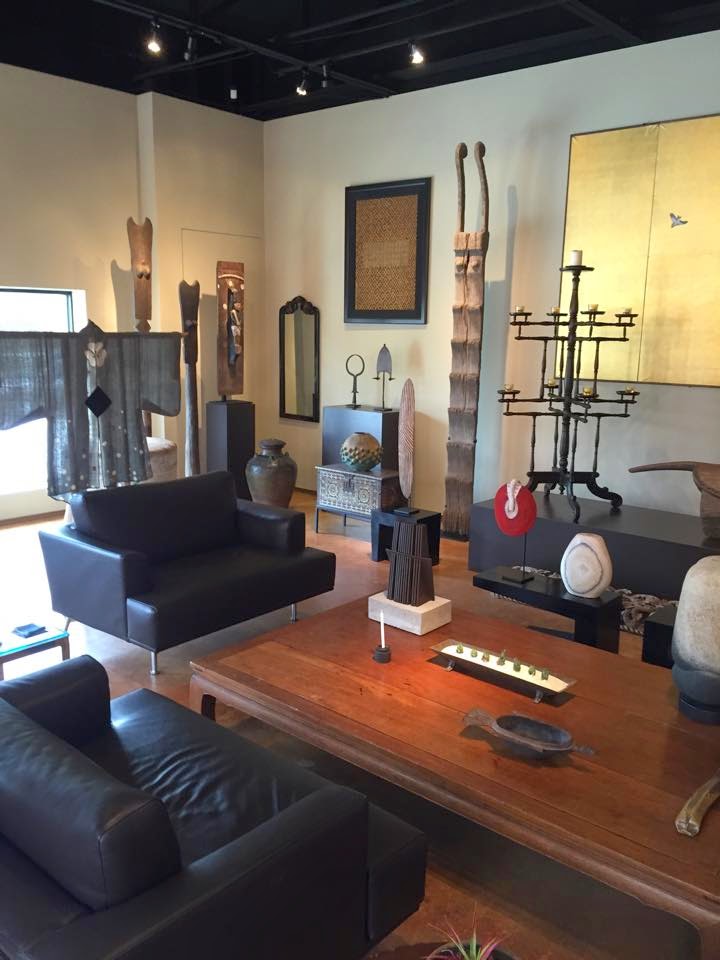 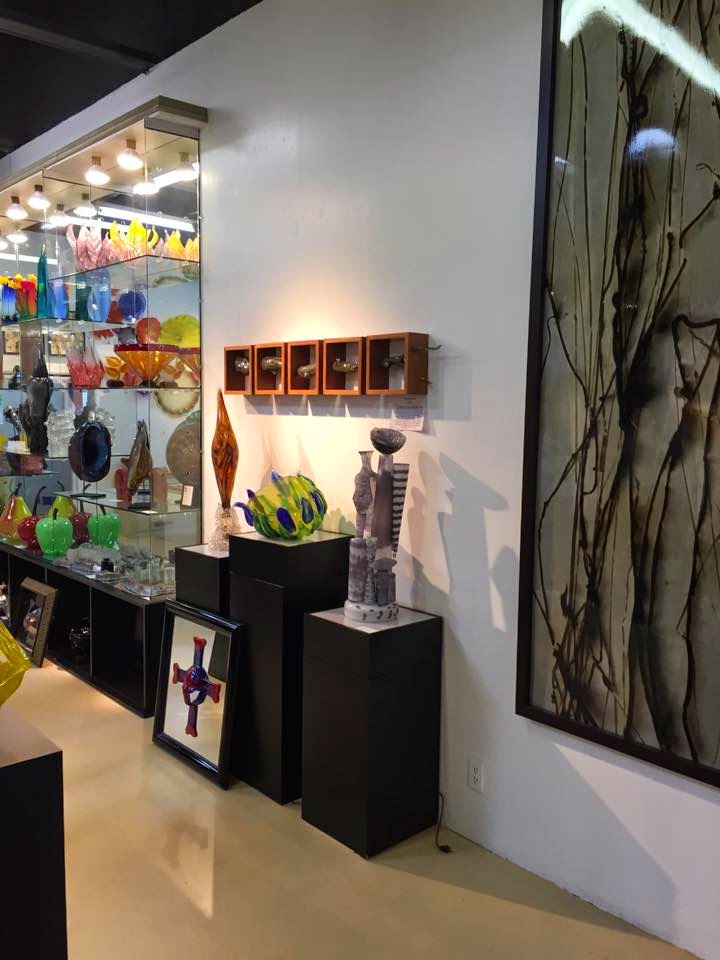 But, back to Dreams and Divinites! We arrived at the reception at 7 PM and met the owner Jamie Labar and director Matt Anzak. Super nice folks! Directly after that we met two other artists with works in the show, Patrick McGrath Muniz and Andrew Gonzalez. These guys are ridiculously amazing artists, both well respected worldwide, and it was wonderful to meet them both in person. And, they were humble genuine guys who just happen to be incredible artists.
I really enjoyed this show. There were some similarities of styles with some of the "visionary" works, but in general, most of the artists were very unique. All of the artists were at the top of their game with technique beyond reproach. I even felt like my works fit in nicely to the blend of styles and genres. This was a good show for me to attend in that I was able to observe the reactions of viewers seeing my work side by side with artists who are known and respected worldwide. The response I received was overwhelmingly positive. I now feel like I definitely fit in with this crowd, even though my art is quite different than any there. It did not hurt me that I already had some pieces in the gallery. As a result, I actually had more pieces present than any other artist, with five total. Matt Anzak seized on this and actually placed my four larger pictures in a prime spot, where they received a lot of attention. Thanks Matt!


Here are a few pictures from the show! Enjoy! If possible, check this show out in person at Luminarte Gallery on 1727 E. Levee Street, Dallas, TX. It will be up for a couple of months. 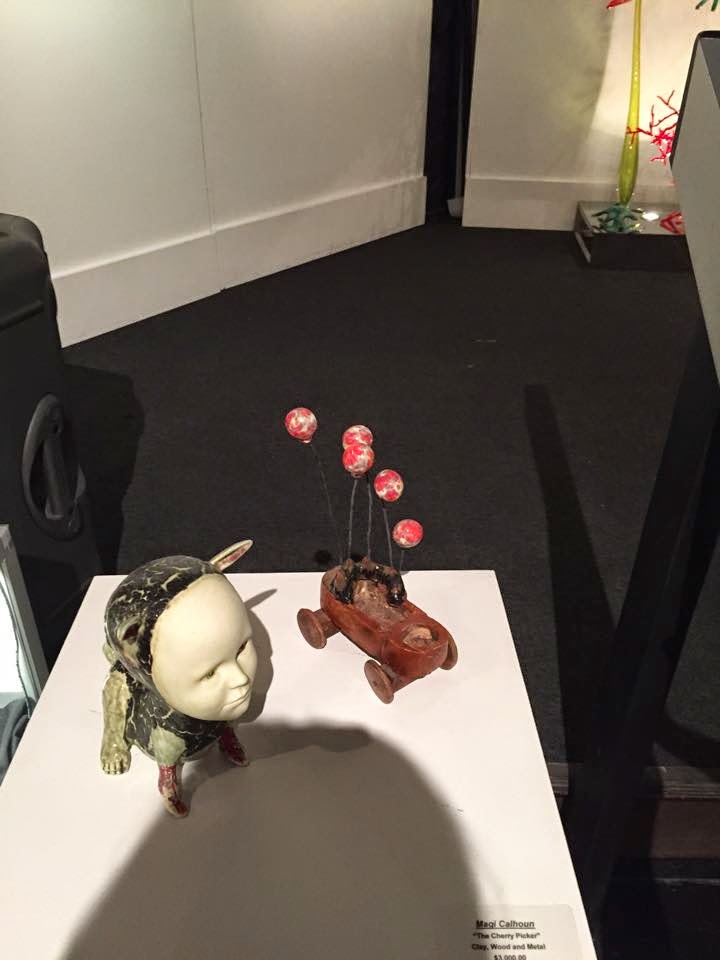 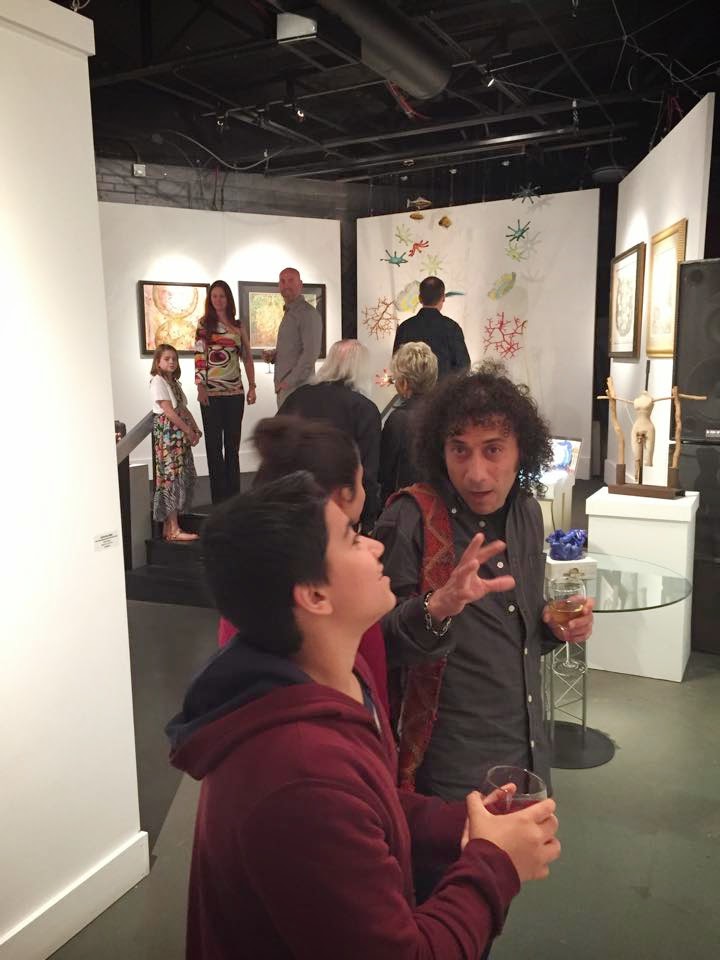 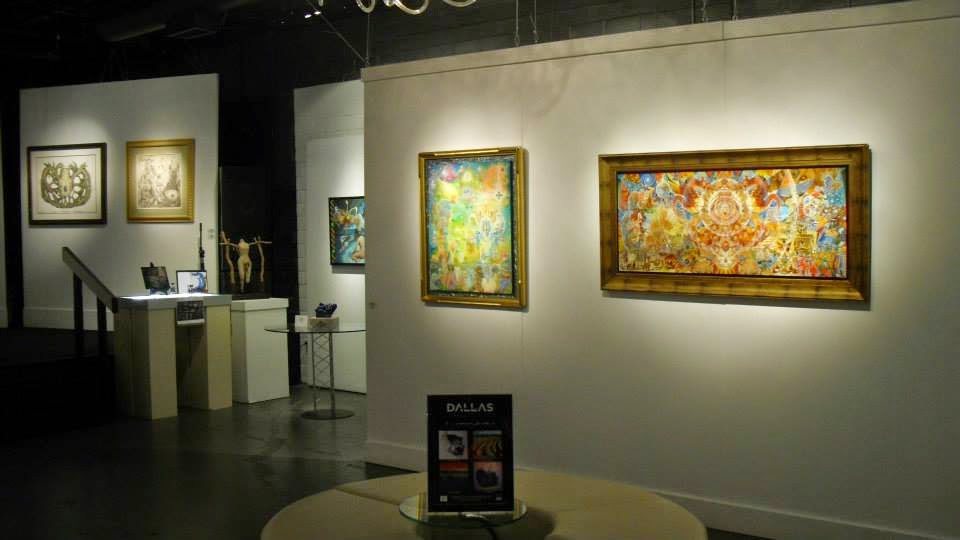 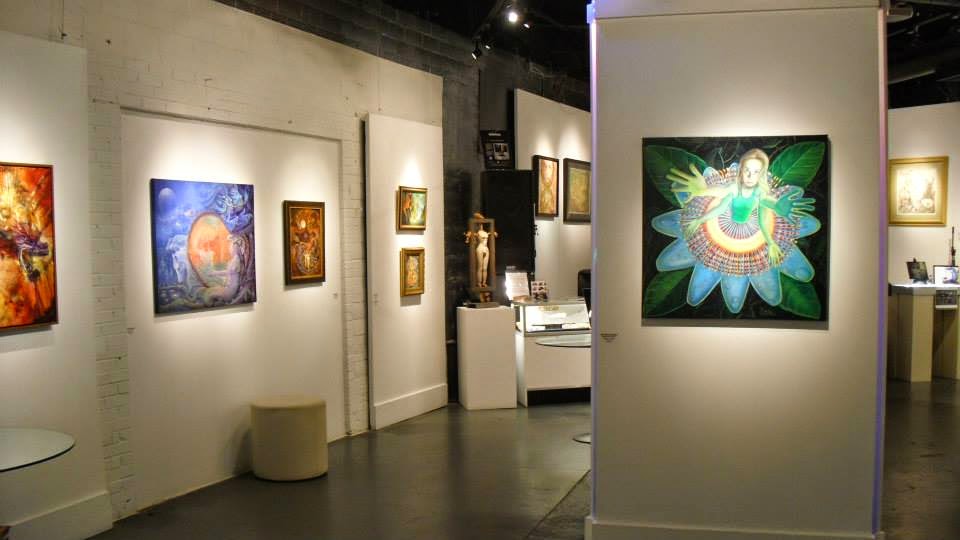 Thanks to Liba Stambollian for organizing this fantastic finale to the traveling "Dreams and Divinities" exhibition and to Matt Anzak, director of LuminArte Gallery in Dallas, TX for hosting the show.  I am super excited to be a part of this show. This will be the fourth exhibition at LuminArte in which I have had art in. And, arguably, this one is the most awesome!

This show, entitled “Dreams and Divinities Equinox,” opens on March 21st in celebration of the Spring Equinox. Visual styles showcased in the project include Visionary Art, Surrealism, and Fantastic Realism, and are inspired by cultural and spiritual references, Sacred Geometry, elements of nature, explorations into the subconscious mind, visions, dreams, and fantasy.

As for myself, I will have two works in this show, "Convergence" and "Ossiforestation".


More about the show here: http://www.dreamsanddivinities.com/2015/03/dallas-dreams-divinities-equinox-show/

Posted by Joe MacGown at 7:57 PM No comments: