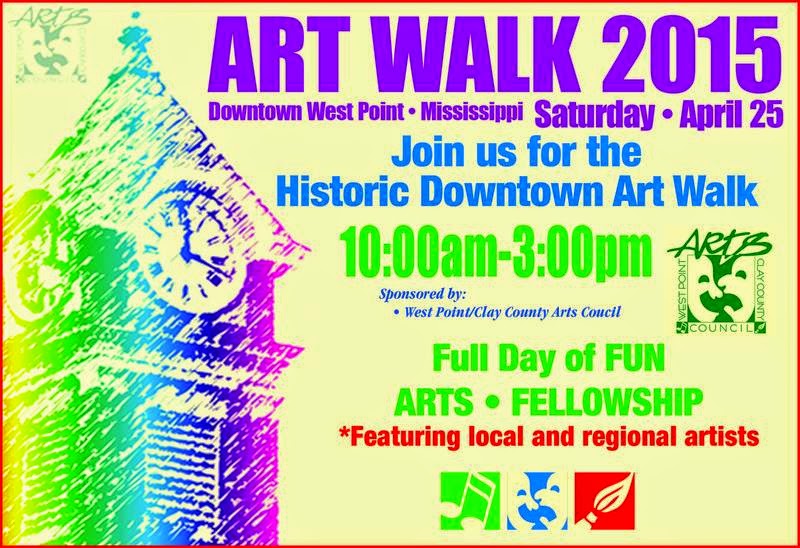 Yep, Art Walk in downtown West Point this Saturday from 10 AM to 2 PM. Lots of artists including me will be taking over businesses located on Commerce Street and the surrounding area to sell and display their wares. Both inside and on the sidewalks. I will be inside the hair salon, The Bink. Come see me. I will have copies of my art book for sale ($40) about 100 pages and full of art, various sizes of prints, and some originals. My prints and books were printed by Chalet Arts. The book is soft cover, and the print quality is excellent! Yes.

Well, heck. Starkville is also doing an art walk! That's right, from 10 AM to 2 PM on May 2nd, 2015. The weekend after the one in West Point. For the most part, we will have a different array of artists at the Starkville Art Walk, with, of course some overlap. Please come out and join us and support both the Starkville Area Arts Council and our local artists (INCLUDING ME). Thanks! I will be located with my art in the Book Mart with two other local artists, Laurie Parker and Duane Lyon. As at the West Point Art Walk, I will  have copies of my book, prints, and a few originals for sale...Come by and see us.

Posted by Joe MacGown at 4:49 PM No comments:

Had a great time at the reception on March 26 for my one man show entitled "Secret Messages Revealed" at the East Mississippi Community College campus in Scooba, MS. I enjoy talking to students about my art and this was no exception. I was actually a part of their "Pine Grove Arts Festival" celebration, in fact, I was an attraction almost! Cool. The art staff there at EMCC, Terry Cherry and Lisa Spinks, are really great folks who have stirred up a love of arts for the students there. An additional perc for doing the show was a guaranteed sale! Yep. They purchased my piece entitled "Inquisitive Fish." A nice one for sure.

Here are a few pictures of the reception. Notice the great frames! All done at Chalet Arts in Starkville, MS. Thanks! 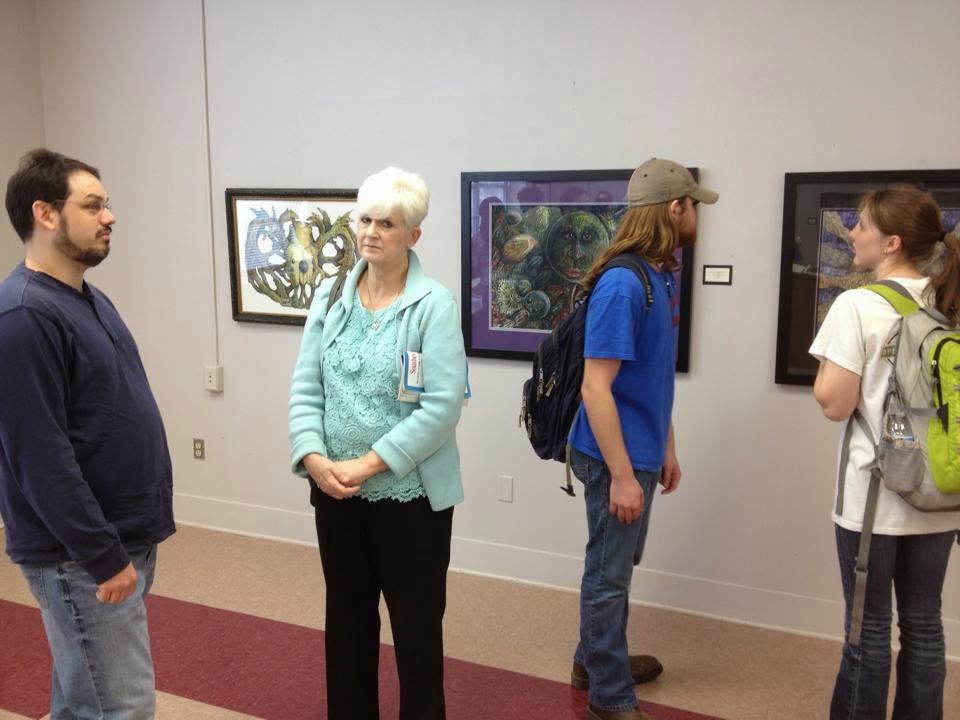 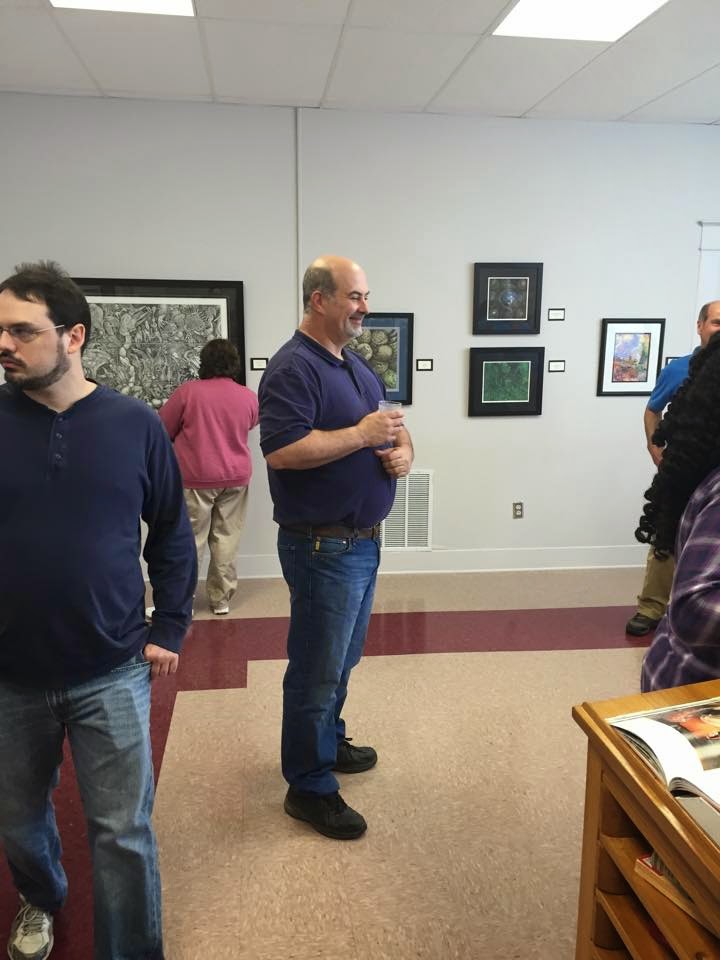 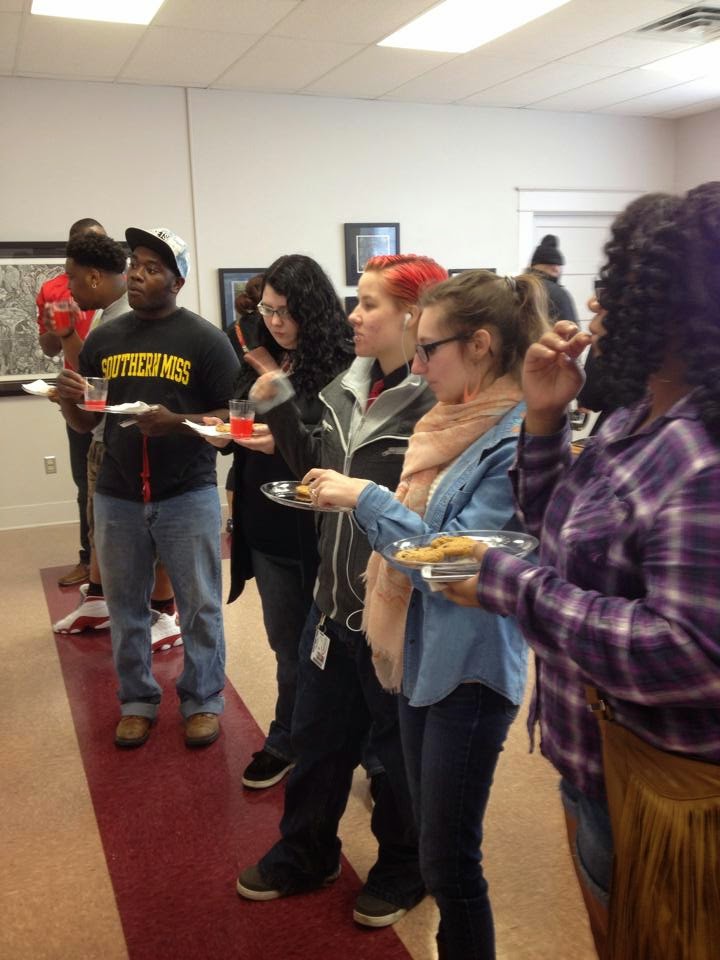 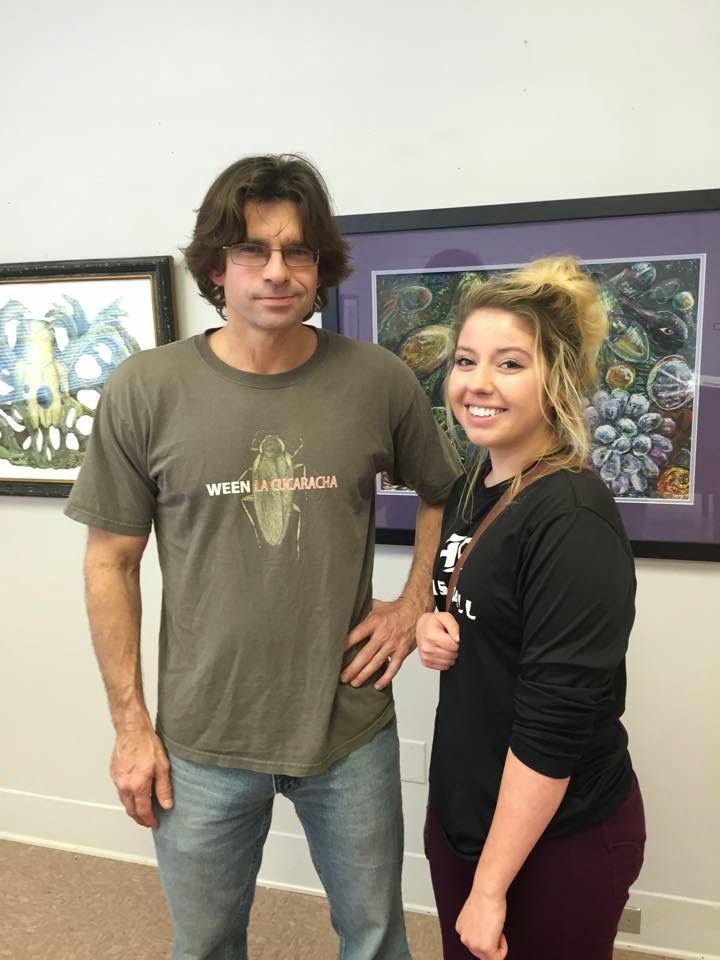 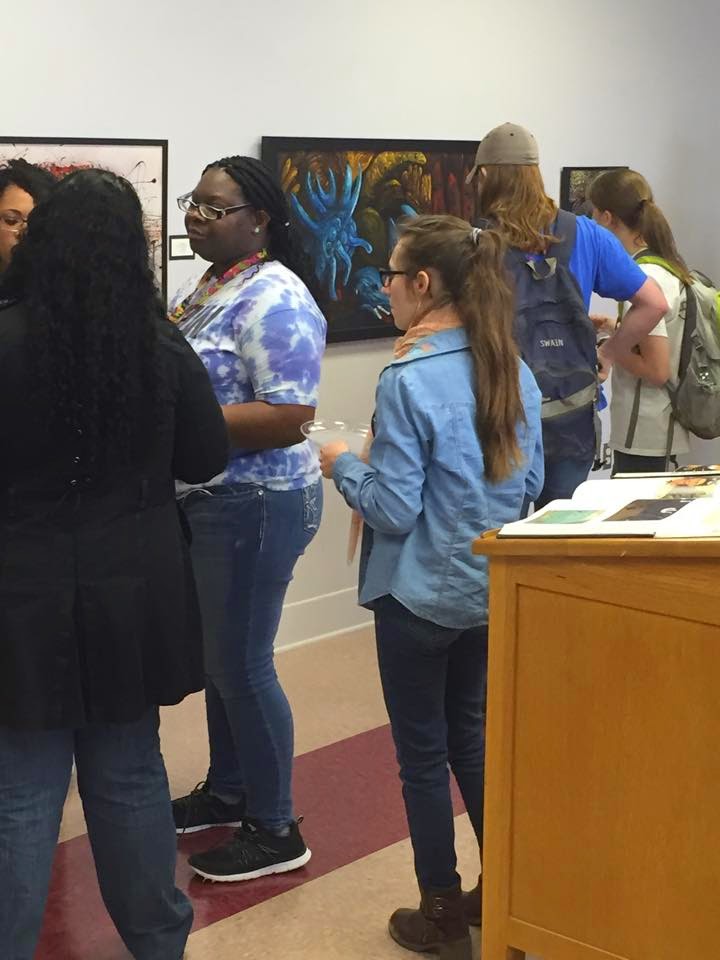 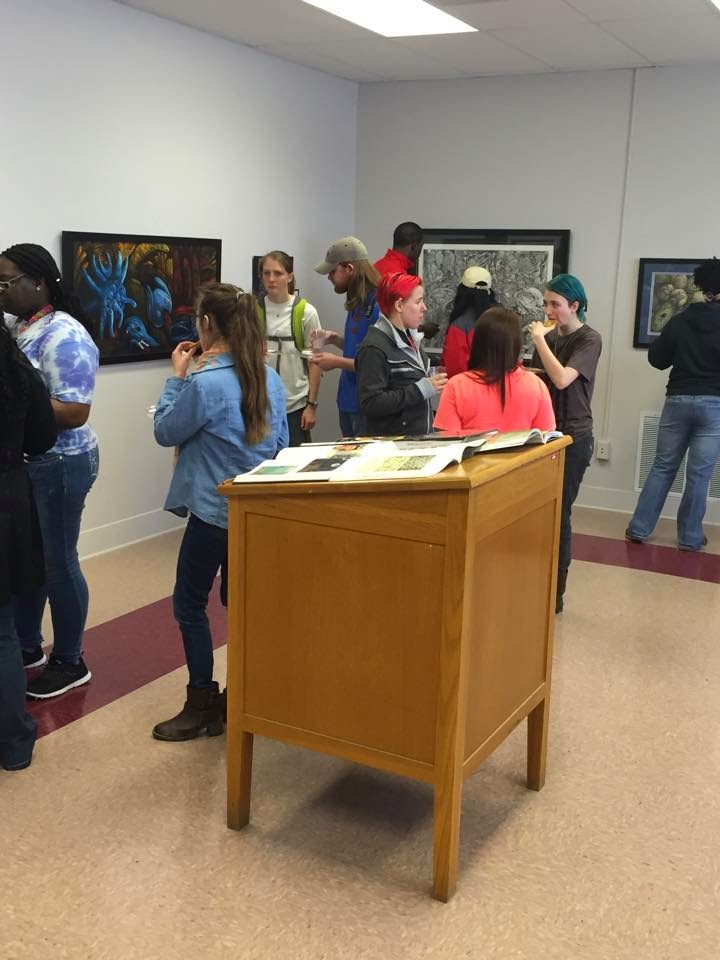 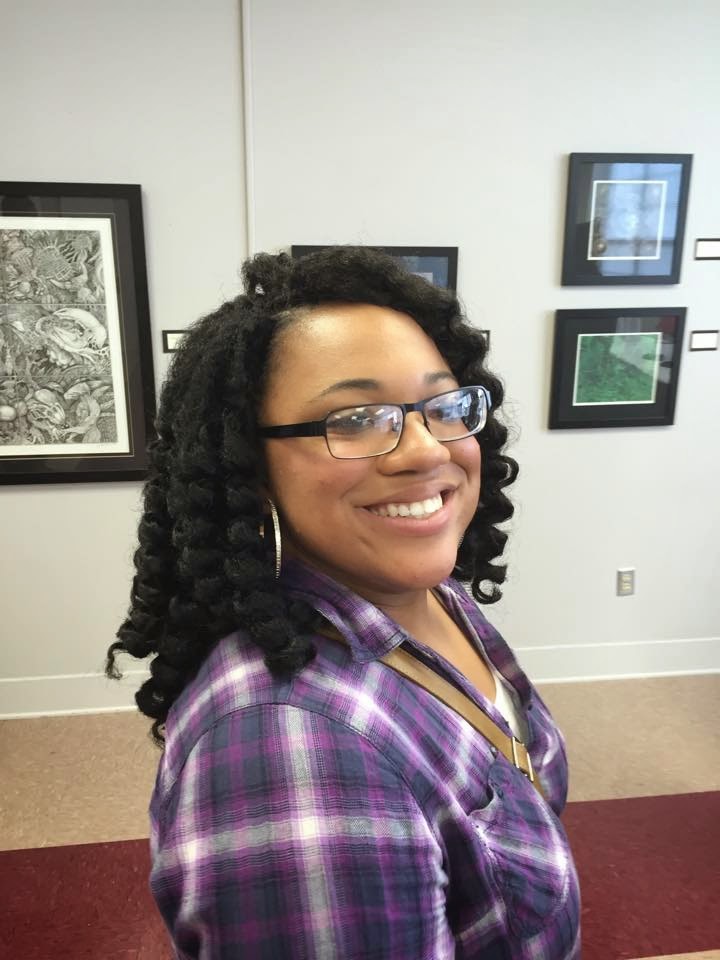 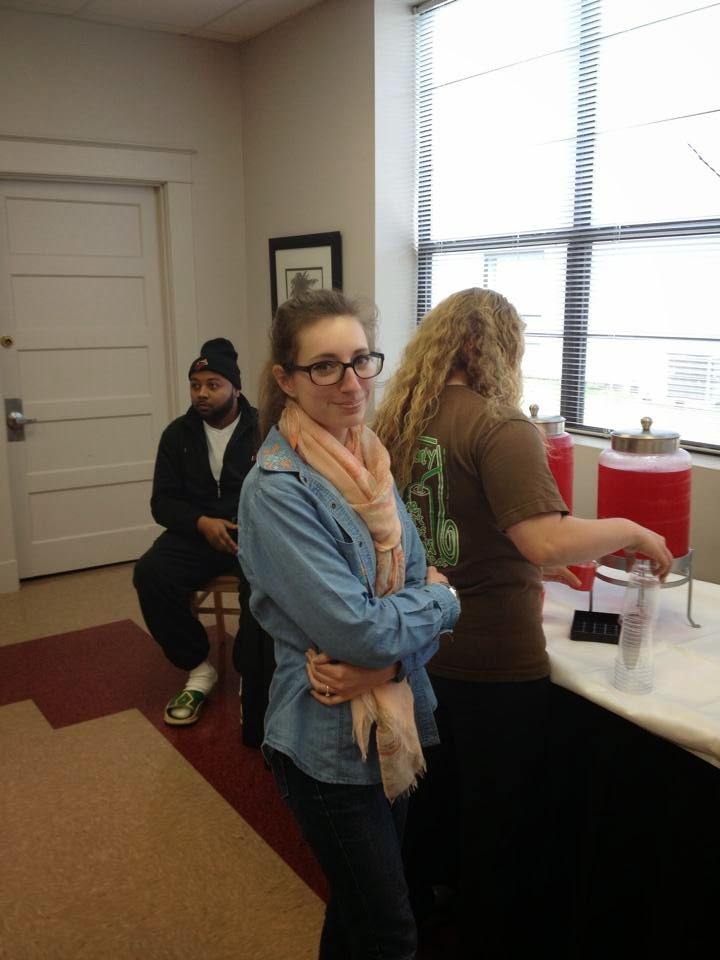 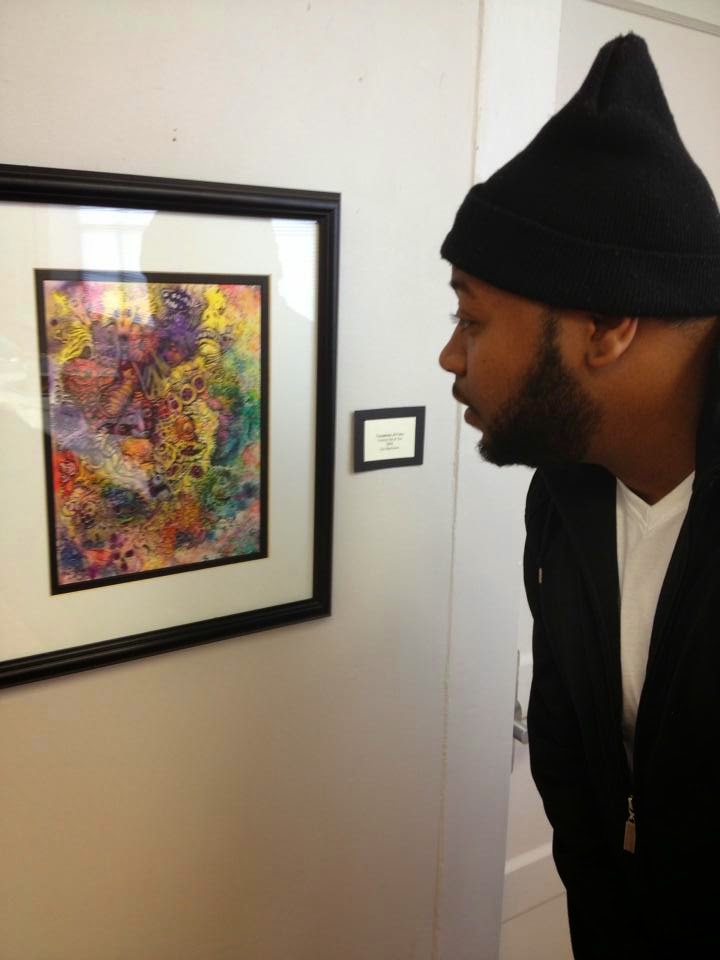 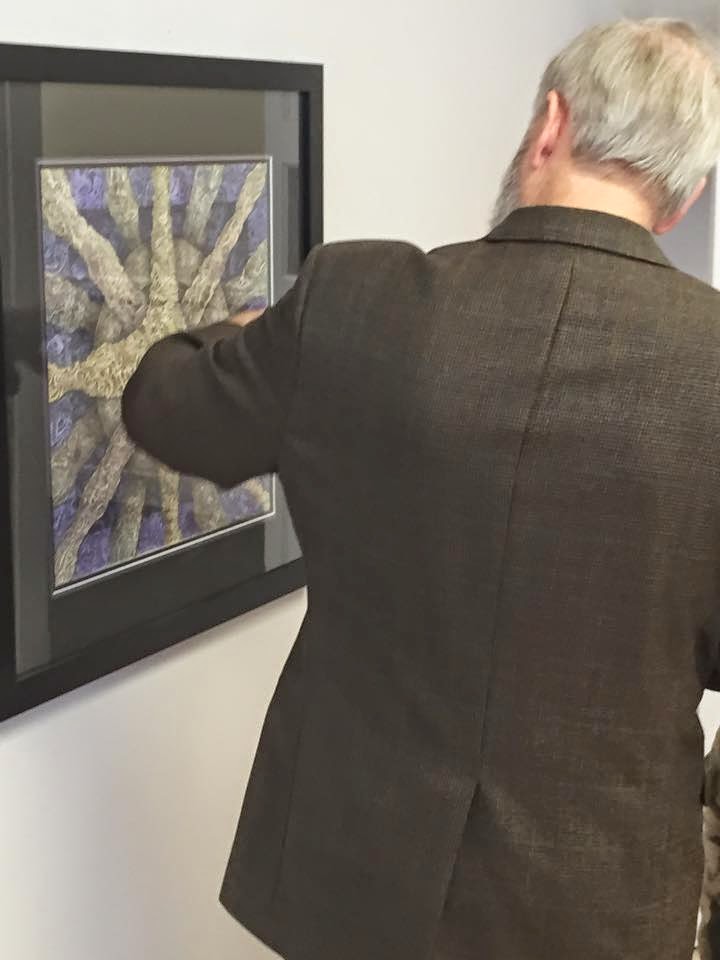 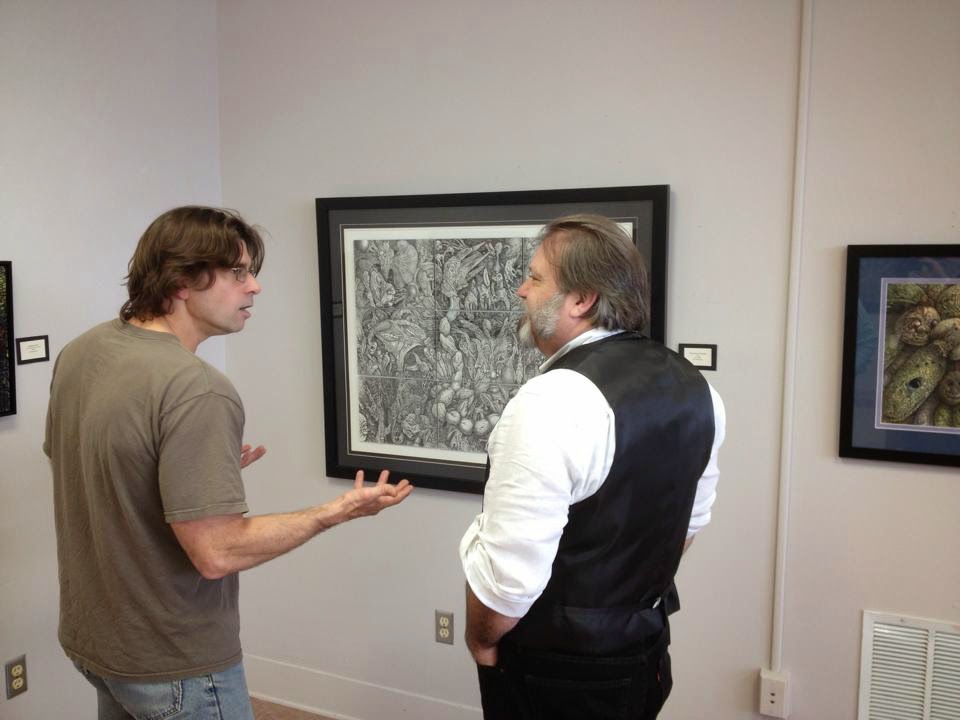 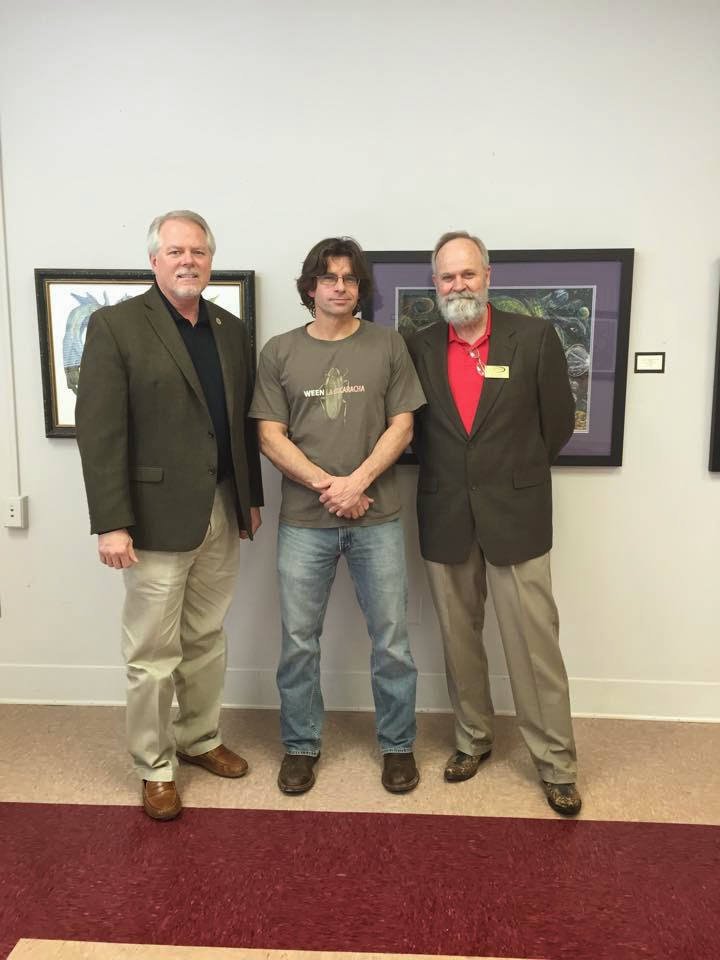 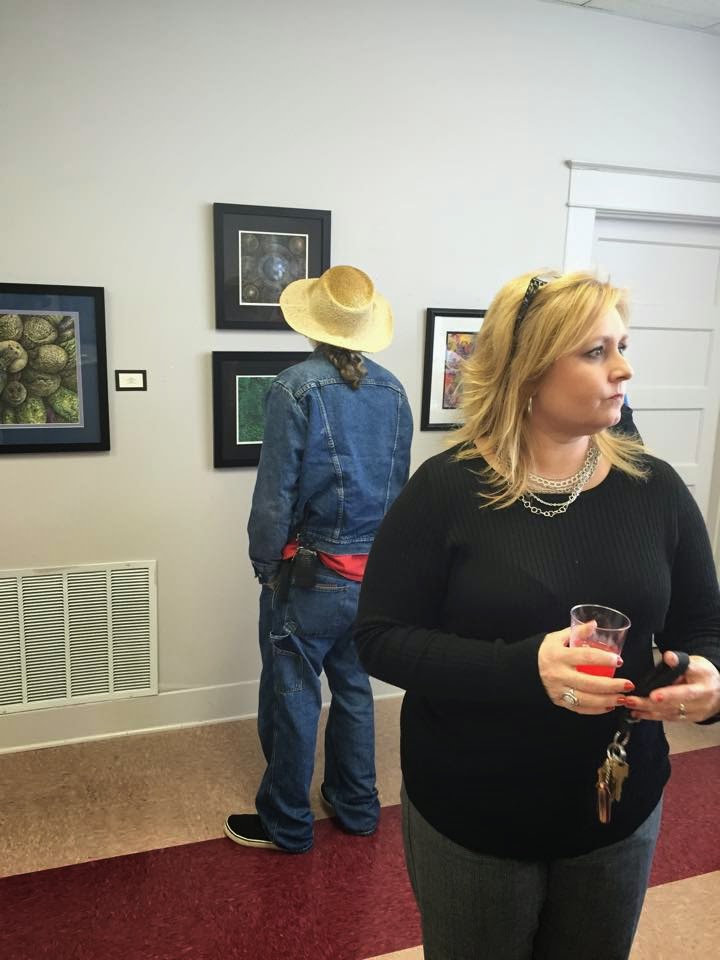 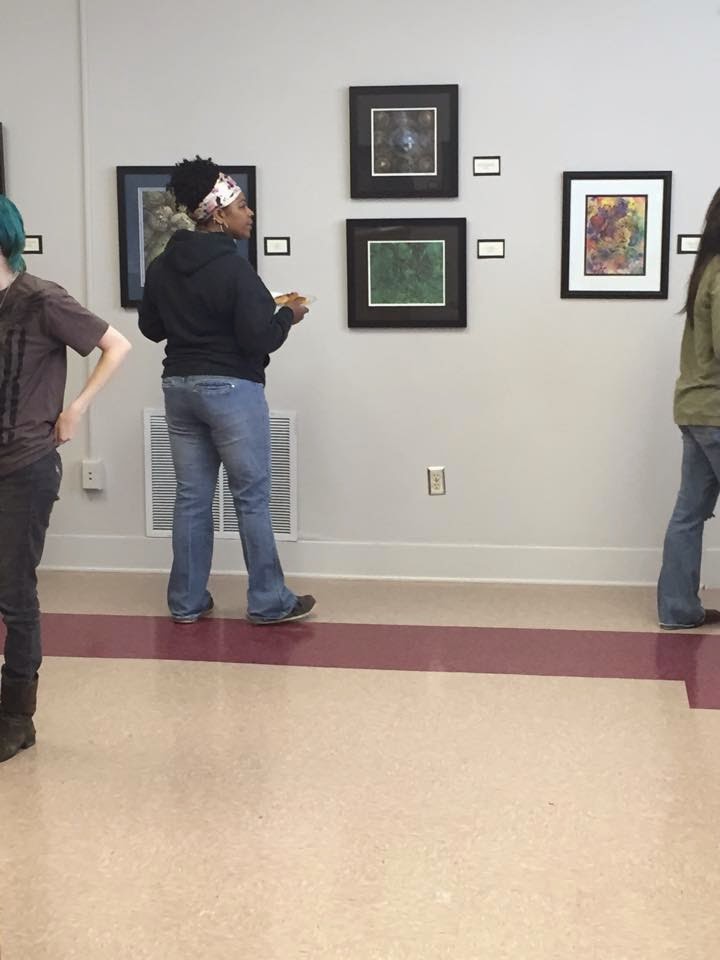 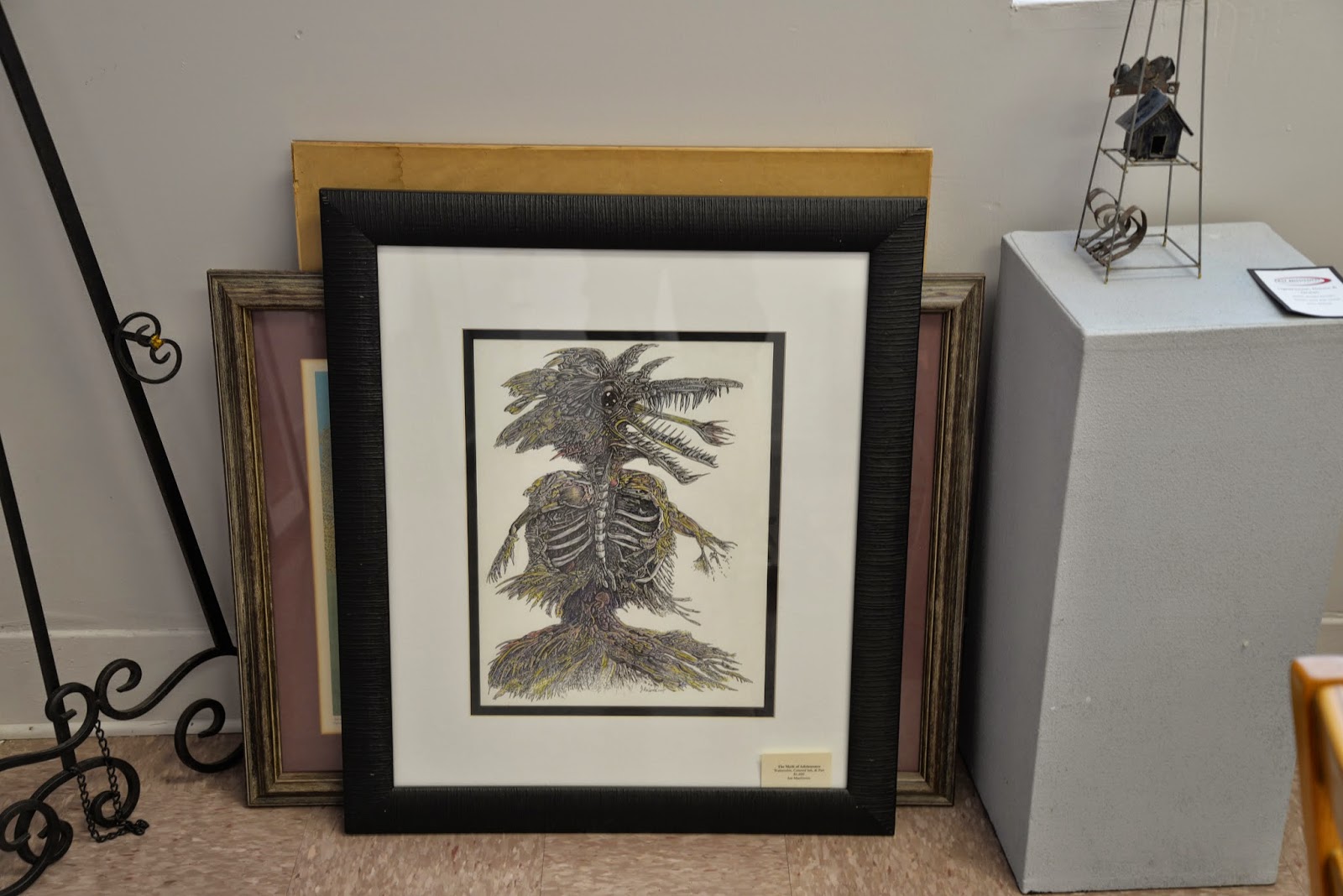 Just this week, we had the opening at MSU for a small show called Dreams and Delusions, which featured me, Laurie Burton, and MSU student Ben Grace. This was only up for a couple of weeks or so, but lots of folks got to see it as it was held in the MSU Student Union Gallery, a place typically chock full of students. However, the reception itself was quite small, and largely consisted of people we invited on our FaceBook event page or personally invited. This was quite a contrast to the show at EMCC in which basically every art student in the department came to the opening. Very few MSU art students showed up, which I found disappointing. In general, I have found this to be this case here in Starkville, with MSU art students typically not attending shows in which they have no stake. We did have some interior design students come though, which was cool. Despite the low attendance, I still think it was a good show. The refreshments were very tasty! And, I got some of my runner buds to come by telling them about the free food. To be fair, though, I believe they enjoyed the art as well! We probably had less than 20 pieces up total, with Ben having 3 pieces, Laurie 4, and I maybe had about ten smallish pieces. This gallery space is small, but quite nice, and this is pretty good spot for small shows. But, guess what? Its not how always important how many people come to a reception, but rather, who those people are. As it turned out, I sold a third of what I had in there...YAY.


Here are some photos I took of some of the pictures before the show got going. As with the show at Scooba, almost everything in this show was framed by Chalet Arts in Starkville! Thanks guys! And thanks to Emilie Cravens for letting us have this small show in the gallery!

Posted by Joe MacGown at 3:53 PM No comments: