Last Saturday I attended the Starkville Area Arts Council fundraising gala at the Hunter Henry Center  on the MSU campus with Laurie Burton, who is the current arts council president. Laurie, like myself, is a weird art joker. Her special medium is sculpture, and her art is as surreal as it gets.

Lots of well dressed folks there! Even me. I even had on a tie and sports jacket. That does not happen often! Laurie had a smoking hot plum colored dress that had just the right amount of fabric!

The main point of the Gala is to raise money for our arts association, so tickets to the event are pretty steep, $75. Also, people donate art, weekend trips, jewelry, etc. to be bid on by the guests with all proceeds going to the arts council. Almost all of the donated items were bid on and sold, so that was wonderful. Even my donated print of "Mayan Awakening" sold; it went for $200.

The theme this year was a Venetian one, and the catered food by Brian Michael's catering was supposed to be a reflection of that with some kind of veal entree and stuff. I can't say that I thought the main course was great, but fortunately, the dessert more than made up for it! Tiramisu!  Lots of wine was present to keep folks in a happy mood, and we had great live music by Bill Cooke and his band Can of Wermz. They were awesome and provided a nice mix of lively tunes with slow dance type music. And, believe me, when the music started, folks immediately started dancing! Especially the older folks! When I say older, I mean older than me (I am 50 years old) by 20 or more years. Some of those jokers could certainly cut a rug! There were some younger ones as well, and overall the dance floor was crowded for a good while. I am not a dancer by any stretch of the imagination, but somehow Laurie talked me into dancing. She is a great dancer and it was worth getting out there just to be a part of that. I have to say, I greatly enjoyed it.

Tonight happened to be the night that our MSU football team was playing LSU (at LSU). Lots of bulldog fans wanted to keep up with the score, so some enterprising arts council member had the idea to ask for donations from various tables to show the game on the screens with the projector system. So, while lots of folks danced away, others spent that time with their eyes transfixed to the large screens watching MSU beat LSU for the first time in quite a while. Kind of weird I guess, but here in the SEC, college football is a religion.

Anyway, it was a fun evening and overall a success for the arts group.
Posted by Joe MacGown at 9:01 PM No comments:

Paul Jackson. Yeah, that crazy mad dog salesman of an art guy who, like me, also took art classes at Starkville High School under Nelle Elam back in the 80's. Paul was about 3 years behind me. After high school he got a degree in art here at Mississippi State University. And,..Wow! Since then, that feller has done alright for himself. These days, in addition to consistently winning national and international watercolor awards, Paul travels the world with his wife giving painting workshops. For more info about Paul and his work, check out his web site: http://www.pauljackson.com/


Well, anyway, Paul was in Starkville, MS today, his hometown, where he gave an insightful talk at our public library about his journey thus far through life. Great talk. If you weren't there you missed out. Additionally, he had several of his paintings on display and copies of his book for sale.


Paul is a fantastic painter in his own right, but after hearing his talk today (and I already knew this), you quickly realize that his success is due in large part to his ability to promote himself. Paul is a PR machine. You see, in this world where there are a gazillion awesome artists, being a great artist is not enough to be successful. Yes, its an important part of the equation, but its not enough. You actually have to get your name out there, submit your art, and promote yourself and your art. In a sense, a successful artist has to be a bit of a narcissist. You have to believe in yourself, then you have get others to believe in you. Maybe narcissist is a strong word. I don't know. But, basically its true for all successful artists, musicians, actors, preachers, church choir members, body builders, coaches, teachers, and really, anyone who performs or creates for others or teaches or coaches others. I have heard some people use the term narcissist in a negative way, but I don't think its negative in this case. Or perhaps the term is misused. Regardless, believing and selling yourself is the only way to get anyway. Some folks use a middle-man to promote their artwork, but whats the difference when you get down to it. Main point –– BELIEVE IN YOURSELF.

Secondly, Paul made a great point about actually being productive, and at least early in your artistic career, not turning down any work. See, the thing is, sure, anyone can do some type of art. Ok. Wonderful. But, to be at the top of your game, your have to put the hours in. And, you have to produce artwork. If that means getting up every morning at 6 AM to paint for 8 hours, then do it. Don't be a slacker punk.  If you don't produce cool awesomeness, you won't have anything to sell. If you don't make it available for folks to buy, then they can't buy it. If they don't know its awesome, convince them.

The only disappointing thing about the talk today was the lack of any MSU art faculty and students.  ??? This was a talk that every art student should hear. You guys missed out. Seriously.  Even so, we had a great crowd, and he sold most of the books he brought with him. 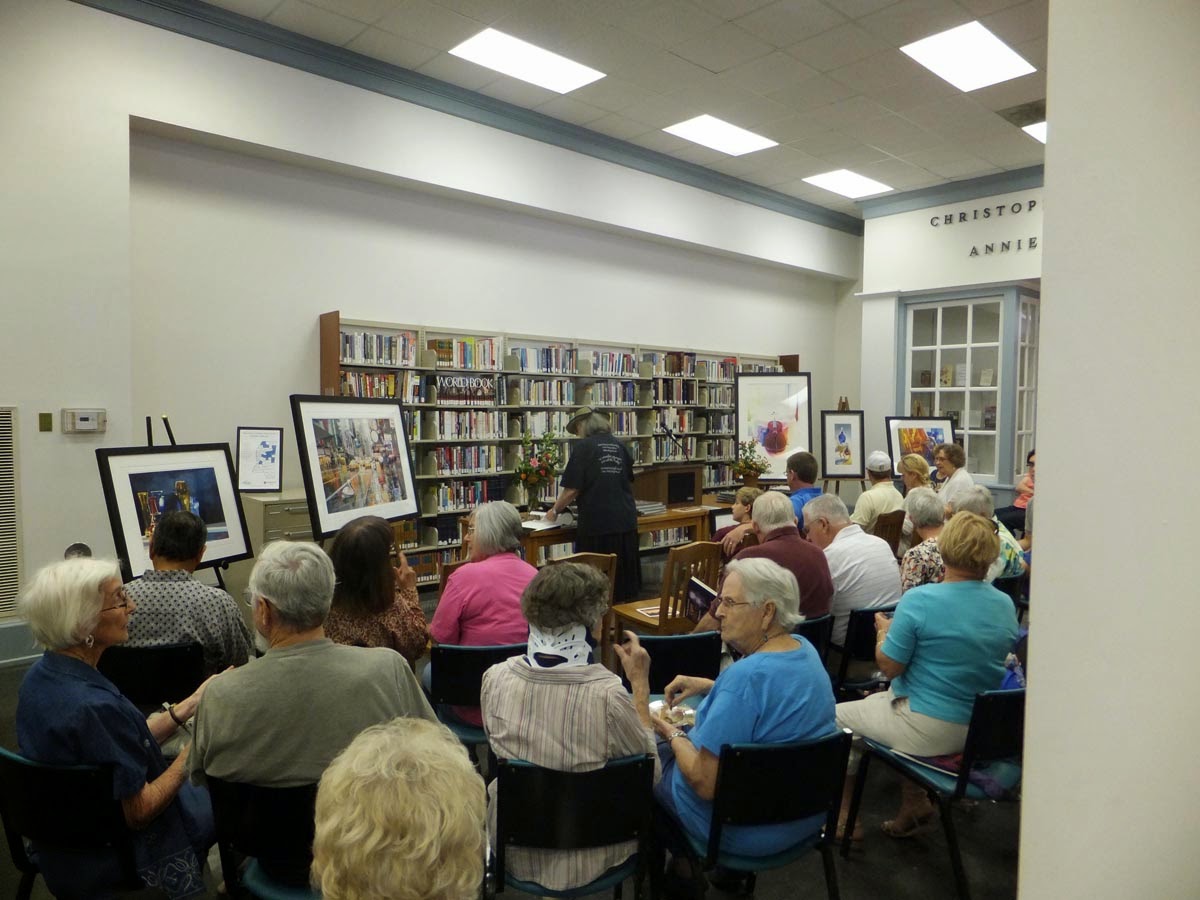 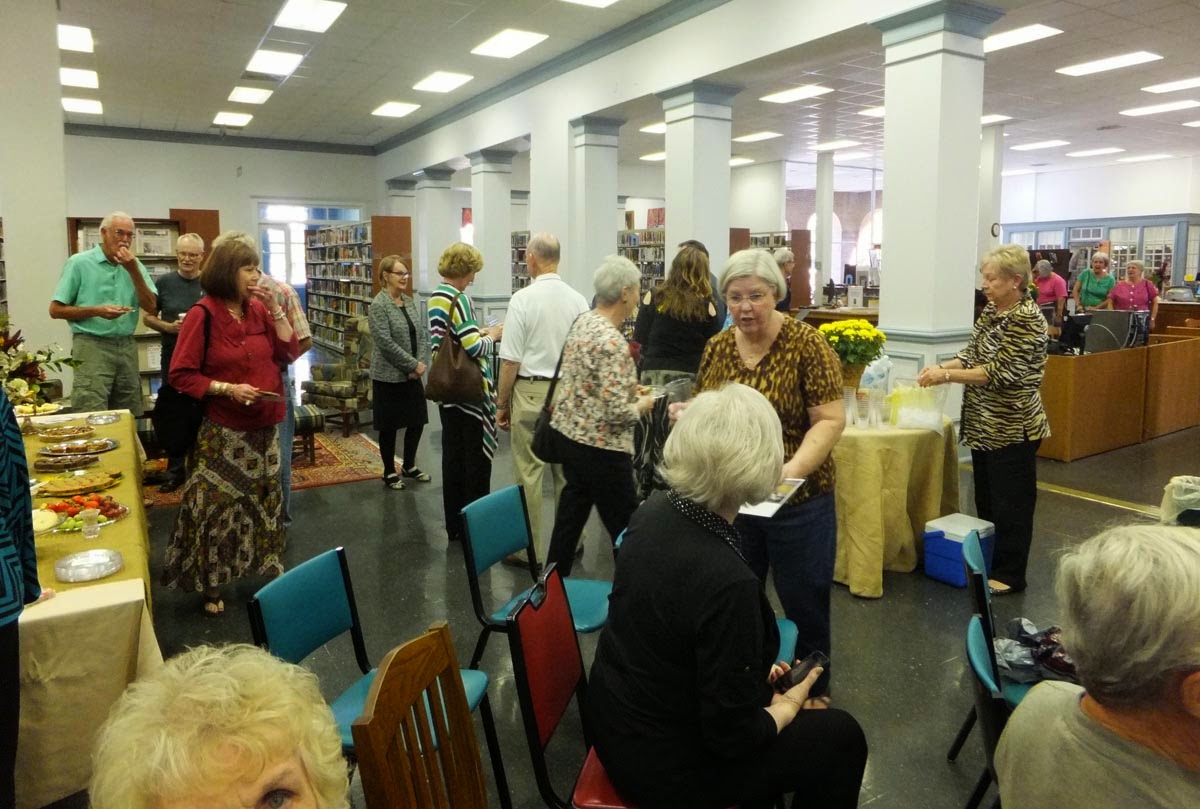 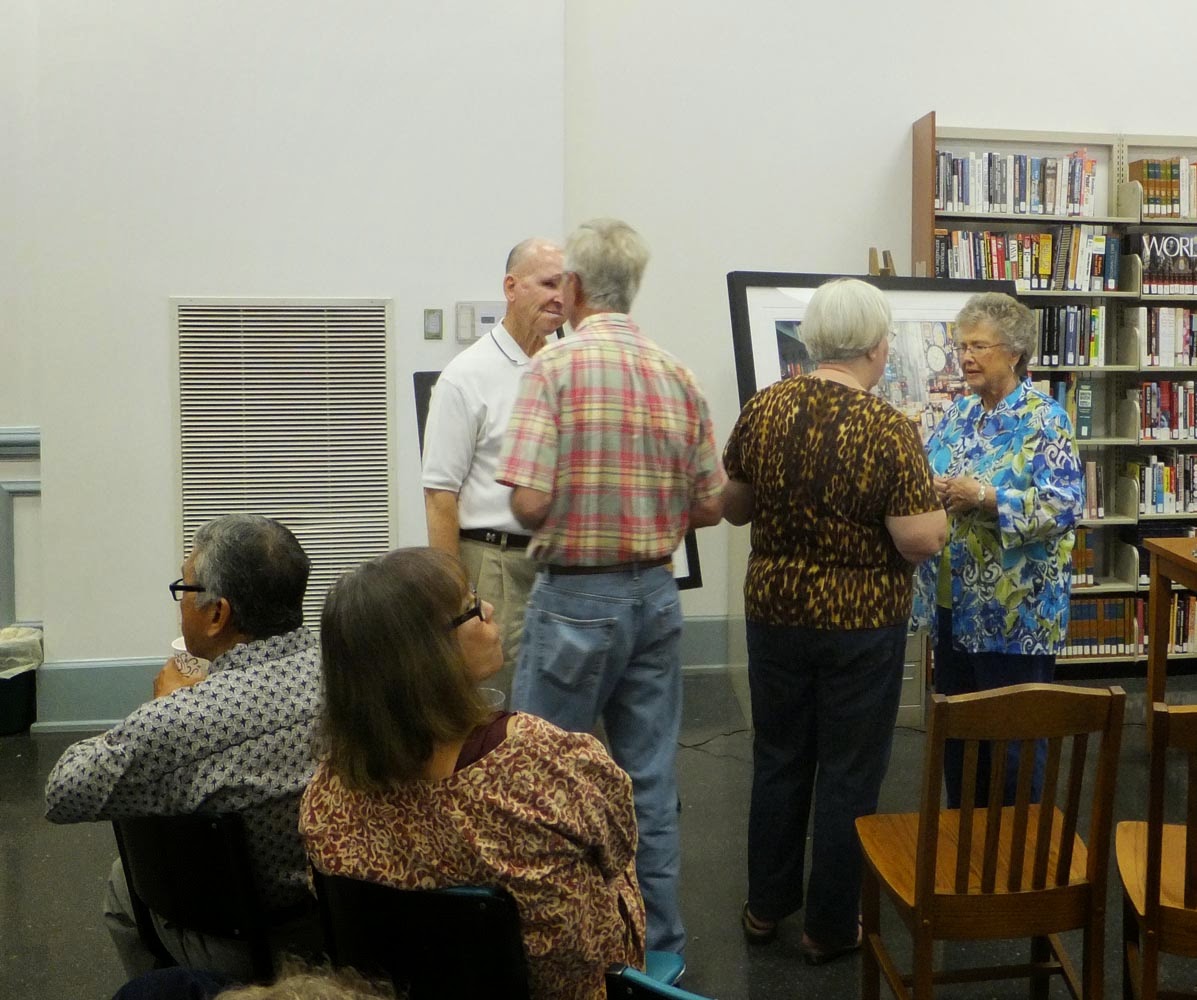 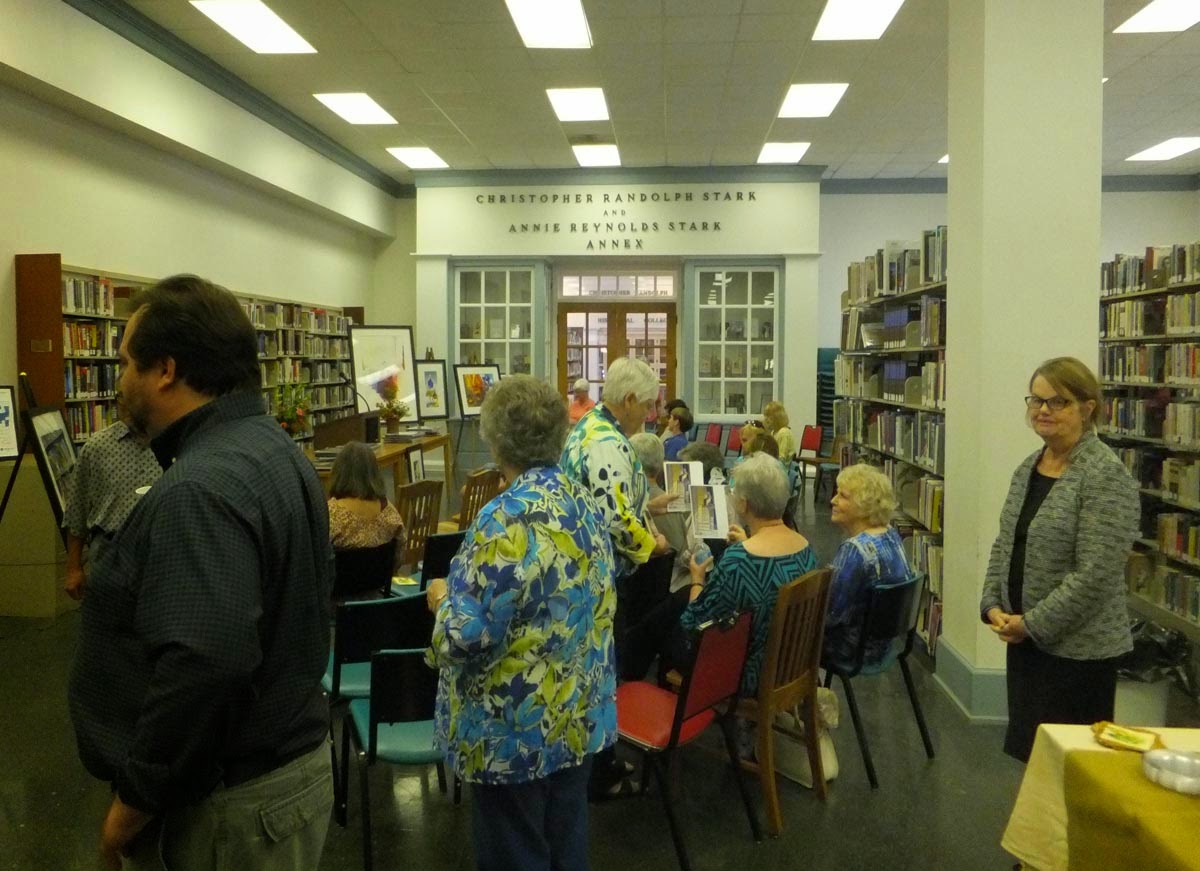 Posted by Joe MacGown at 3:24 PM No comments:

Talking about art to college kids...


Well, about a week or so ago, I talked to a couple of Landscape Design classes from Mississippi State University at the Greater Starkville Development Partnership Gallery in downtown Starkville. One of the professors, Bob Bruzak, had attended the opening for our abstract show and thought it would be cool for me to talk to the students about nature in art, abstract design, artistic process, putting yourself out there as an artist, and other things. I thought it went pretty well and I even had a few questions afterward. 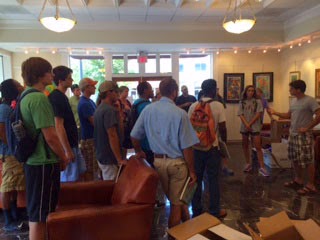 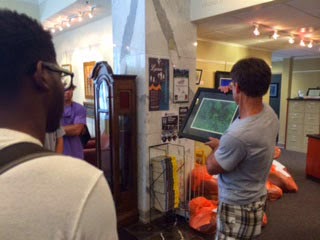 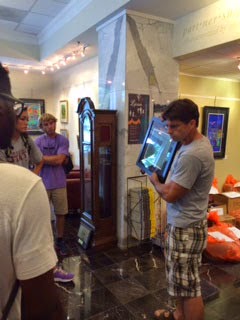 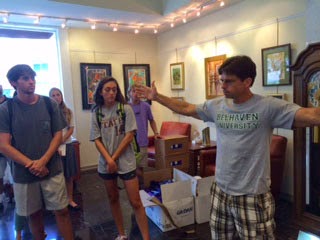 This week, yet another talk to art students. I traveled over to East Mississippi Community College in Scooba, MS at the request of Terry Cherry, an awesome art instructor over there, to talk to some drawing I and II students, as well as an art appreciation class. I showed them about 10 of my works and described my random process of creation. I tried to emphasize that uniqueness is important and everyone has something in them that makes them different. Harness that, and, well, that's the ticket. Of course, skill is important and fundamentals don't hurt. Look at the world in your own way and try to express your visions artistically! Anyway, another nice group of kids! Also, it was good to see Austin Miles over there in the art appreciation class. Austin used to run for me when I coached XC at Starkville Academy. And, its always a pleasure to hang out with Terry Cherry and Lisa Spinks! 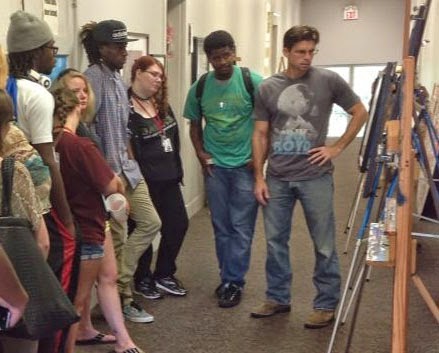 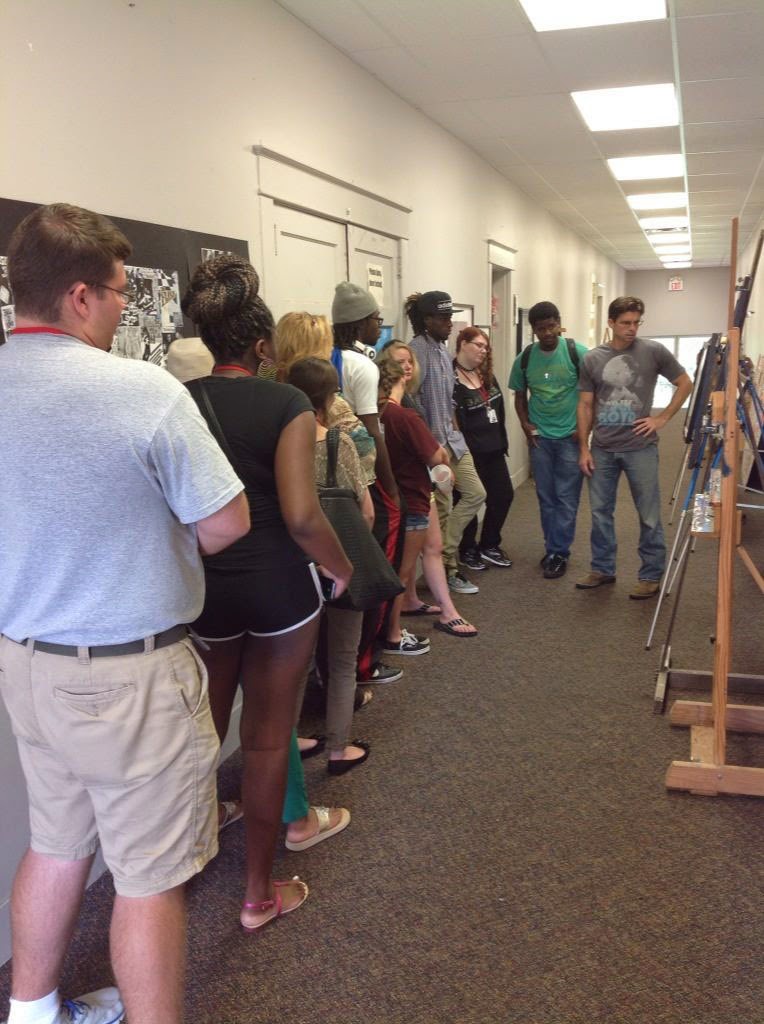 Posted by Joe MacGown at 4:13 PM No comments: