Laurie Burton, Joseph MacGown, and I will be having a small group exhibition at Wild Rose Studios at 302 S. Jackson Street in Starkville, Mississippi. An opening reception will be held from 5 to 7 PM on May 3rd, 2014, and the show will be up for about two weeks following the opening. Featured art will include various paintings and strange sculptures of human heads and torsos by Laurie Burton, surreal collages and paintings by Joseph H. MacGown, and semi-weird surreal and fantastic mixed media paintings and drawings by Joe MacGown. 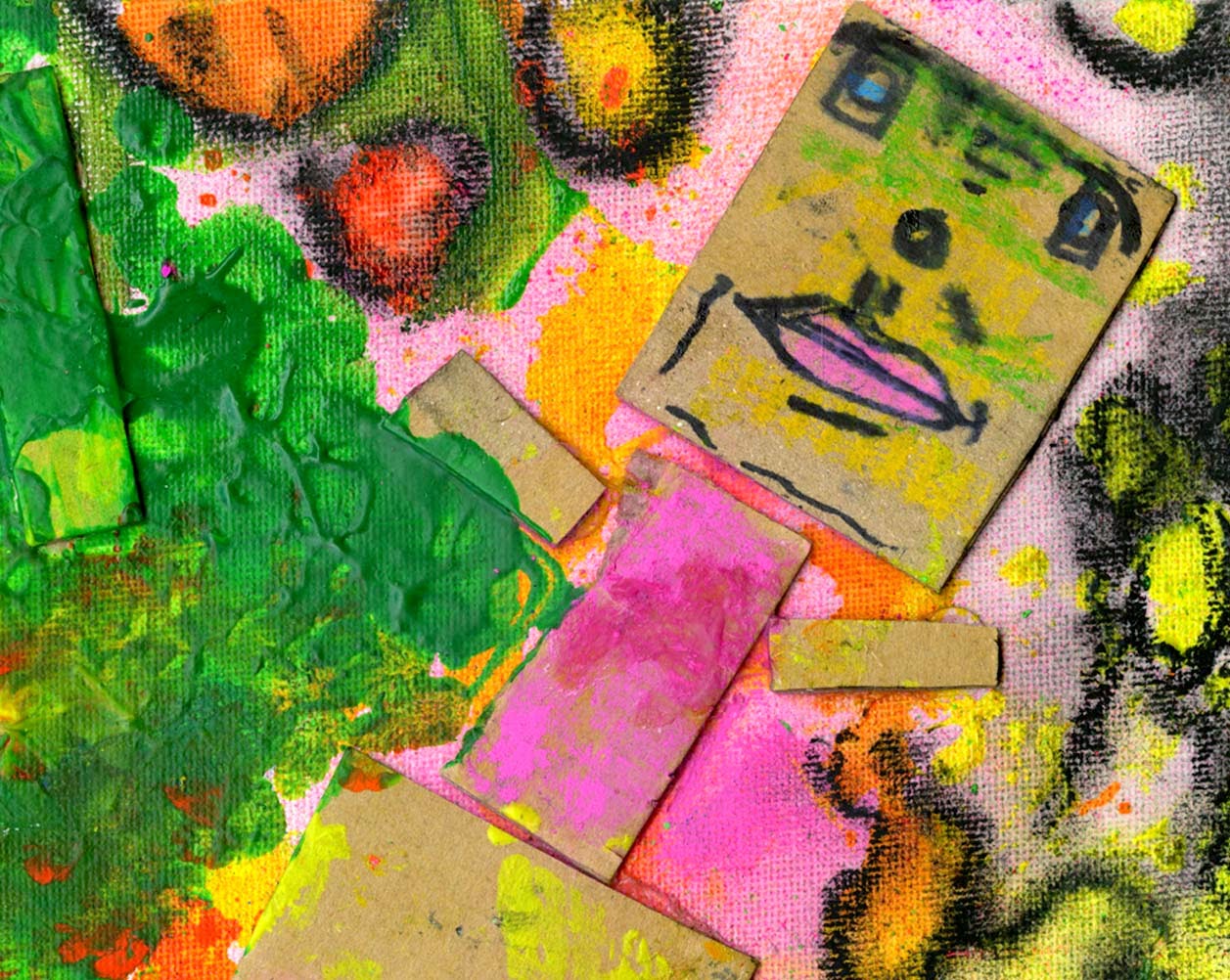 Select original paintings, drawings, sculptures, collages, prints, notecards, and other cool stuff will be available for sale. Joseph will have some of his original CDs available as well, weird music, $10 each. Some copies of My new art book should be available too, $40 each. The book is soft cover, 8.5 X 11 inches, and with 96 pages of art. The artwork and text will be on a black background. This softcover book is being printed by the folks at Chalet Arts in Starkville, MS. 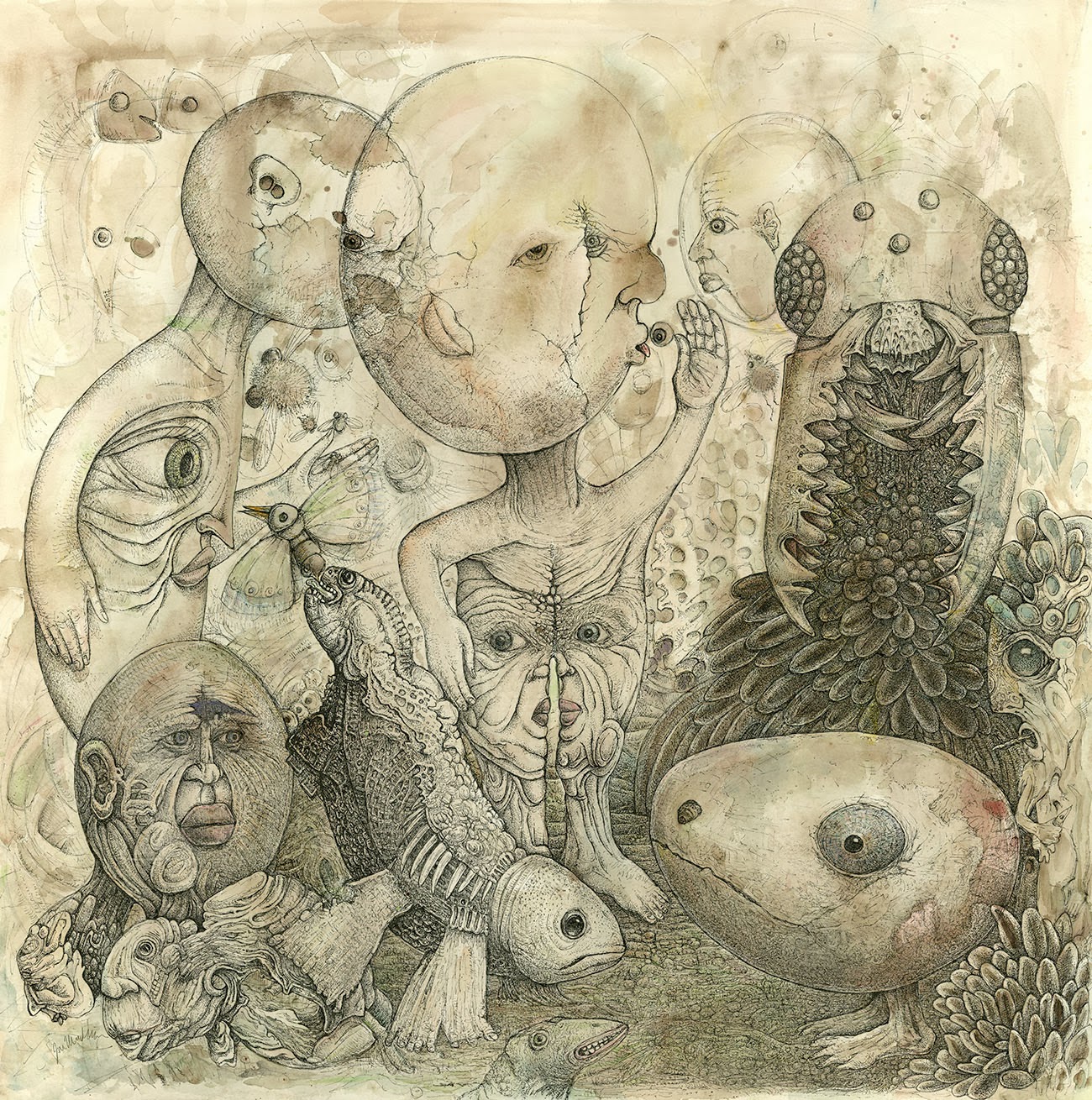 Cash would be best for prints, notecards, CDS, etc., but we can take a check. If you want an original, checks are welcome. There is a chance that we will actually be able to take credit cards, but bring cash or check to be sure (if you want to buy stuff). Prices for buttons, notecards, and prints will range from $2 or $3 to $50 dollars for larger prints. Originals from $450 to $1500. Don't feel pressured to purchase something, if you like, just look at stuff and act weird:) 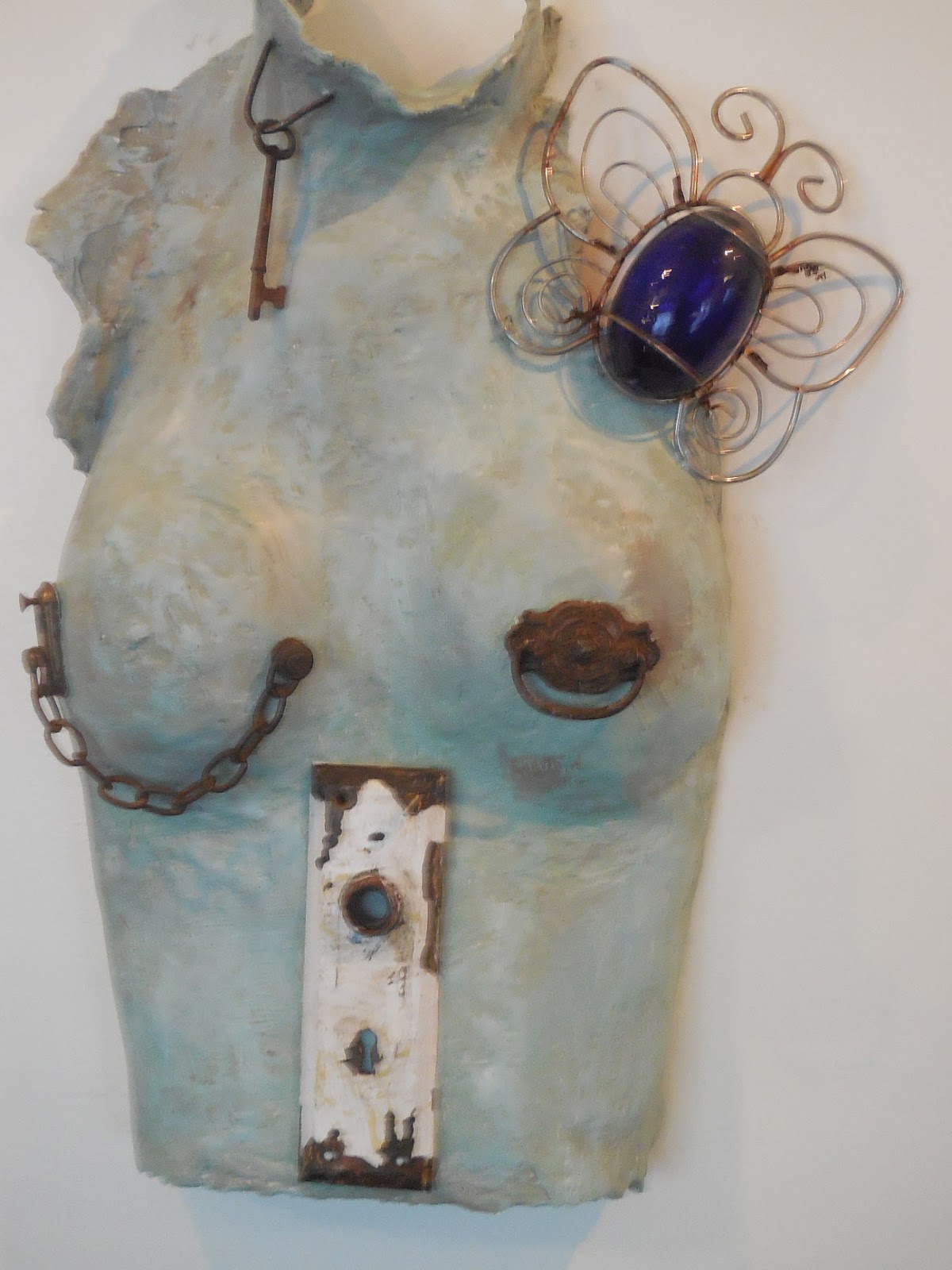 If you can't make it to this show, but are interested in getting a copy of the paper back book of my art that I am having printed, just contact me. Additionally, I have a hardcover version of this book available online. This version is printed at Blurb.com, and being hardcover, it more expensive, and very professionally done. Price for one is $64.51. Of course, if you would like to buy multiple copies, there is a discount.

Subconscious Meandering by Joe A MacGown | Make Your Own Book
Posted by Joe MacGown at 9:35 PM No comments:

The Cotton Districts Arts Festival was another success this year starting with a 5k race with some 400 people or so, a pet parade, one mile fun run, juried art exhibition, numerous art and/or crafts booths, awesome music, food, dance, poetry, and lots more! Wow. And, great weather. Plus, with Super Bulldog Weekend going on the same weekend, tons of folks were in town.

For me, the juried show was the highlight, as I managed to get all three of my pieces accepted in this eclectic show judged by David Lambert, who I mentioned in my last blog as being the current Gallery Director of Michalopoulos Gallery in New Orleans, LA. This guy is also a talented artist who is into surrealism, pop art, and expression. You can check out his art at davidlambert.com.

Well, the show could not have gone better for me, as my piece "Convergence" won Best of Show and also won first place in the Painting/Drawing category, both with sweet cash prizes ($750 and $500). Cool, cool, cool! Also, I won a $100 merit prize for my piece entitled "Going to the Circus."

My third piece, "March Madness," did not win an award. Glad it was there though, as it received lots of attention and comments. People either loved it or hated it! In general, the high school and college kids really liked it (REALLY liked it), a few older people too, but mostly the middle aged to older conservative crowd strongly disliked it. Thought it was scary! Haha. Awesome! This is great news. If I don't get a reaction, be it positive or negative, I don't feel like I have done my job! I mentioned to one naysayer who was on the exhibition committee that this piece was going back on my kitchen wall. She said, "I bet your wife hates that!" I said, "I have not been married for some time now." She said, "thats probably why she left!" Thats what I'm talking about. I can tell you this, I sure as hell did not paint this for a middle aged conservative to hang in his or her kitchen:)

All in all, a pretty nice show this year. Lots of cool stuff from some great regional artists. Here are a few more picts.

This year's award winners are listed below. Congrats to all who were accepted into the show and to the award winners! In addition to these award winners, many of the artists sold their works. Great day for pretty much everyone.

Posted by Joe MacGown at 8:26 PM No comments:

Yet another year has passed, and here we are again, another Cotton District Arts Festival in the Cotton District of Starkville, MS. This is a great festival with music, food, art, a 5k run and more. As always, thanks to Dan Camp who originally got this wonderful festival going and still allows the Starkville Area Arts Council to host it in his Cotton District neighborhood, arguably the only progressive neighborhood in Starkville. Of course, for me, the highlights are usually the 5k run, which I typically do with my son Joseph (last year he was the overall winner and I was the 2nd overall male), and the Juried Art Exhibition.

The juried exhibition is open to regional artists over the age of 18 and is judged by a different juror each year. This year's juror is David Lambert (davidlambert.com), a unique artist who's art has been described as surrealism, pop art, and expressionism. This guy has some nice credentials including being the former vice president of Bryant Gallery in Jackson, MS and the current Gallery Director of Michalopoulos Gallery in New Orleans, LA. In case you don't know, Bryant Gallery, which I don't believe is still around, was pretty much the only serious gallery in Mississippi. But, anyway, yeah, this trippy painter guy knows his art! This show has been pretty good to me over the last few years, as I have won Best of Show or the equivalent a few times, and/or other prizes. Last year was another super good year for me, and I won Best of Show with my piece entitled "Cancer" and also sold another piece entitled "Mayan Awakening!"

Of course, being accepted in the show is not a given, so I was quite pleased to learn that all three of the pieces that I entered this year were accepted in the show. I don't know how I will fair, but at the very least, I will have some weird art on display including  "Convergence," "March Madness," and "Going to the Circus."  I feel like all threes are strong, with "Convergence" being the strongest (in my opinion). I generally try to enter quality pieces in this show, and try to have something slightly different each year. The awards for this exhibition will be held in the Visuals Arts Building on University Drive at 9:30 AM. If you are in the area, please come by and view all of the works in the show, which will be on display until 4 PM that day!

Posted by Joe MacGown at 8:14 PM No comments: